Important information about the flu 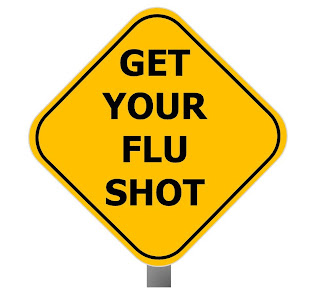 Have you gotten your flu shot?  Don't be one of those people who "claim" that they get the flu from the flu shot because that is just not true!

Flu outbreak: Why are so many not getting vaccinated?

The CDC recommends everyone who is over the age of 6 months get a flu vaccine.  The people most at risk for developing complications from the flu include people over the age of 65, pregnant women, and those with asthma, emphysema and chronic lung disease. However, the majority of Americans do not get the flu shot each year – with only 46 percent getting the vaccine by the end of March 2012.  And, the success rates are fairly positive –  flu shots were shown to be 67 percent effective in preventing the flu.

So why do so many people skip getting the vaccine?  According to one doctor, people do not actively reject the vaccine.  Instead they are merely unsure of whether or not they really need it.

Myths vs. facts
“There’s a growing problem called ‘vaccine hesitancy,’” Dr. Frank Esper, a viral respiratory disease expert at UH Case Medical Center in Ohio, told FoxNews.com.  “They’re not truly against getting the shot.  But, with all these people online saying, ‘Watch out for this, be careful about that,’ – they’re hesitant to receive the flu vaccine, and then they never get it done.”

According to Esper, with numerous websites, blogs, and podcasts perpetuating false information about the flu vaccine online, it’s easy for people to doubt the vaccine’s safety or believe it was not tested accurately.  Many fear the vaccine will cause adverse side effects, which is an unrealistic fear, Esper said.

“There were certain vaccines in the past that did cause problems,” Esper said, alluding to a 1976 vaccine that caused Guillian-Barre syndrome (a neurologic disorder) in a small amount of people.

“It happens once, and people start saying how the [vaccine can cause severe problems].  But all these vaccines that we are producing in the U.S have been tested for this problem, and all sorts of other problems and have been well proven to be safe and effective,” Esper added.

Apart from the hesitancy surrounding the flu vaccine, there are also a number of propagated myths associated with the shot.

The biggest one: You can get the flu from getting the flu shot.
Because the flu vaccine is developed utilizing parts of the influenza virus, many people believe the virus in the vaccine can ultimately make them sick. But Esper laid that myth to rest.

“The flu shot has absolutely no live virus in there,” Esper said.  “It’s a bunch of pieces and parts.  Think of it as if I take the flu, chop it up into little bits and put those bits into the shot.  You cannot get the flu from the shot because it doesn’t contain all the parts of the flu virus.”

To emphasize his point, Esper noted a person cannot get the flu from the flu shot, “no more than you can get three tires and a carburetor and drive a car.”

However, just because a person does get the flu vaccine doesn’t mean he or she won’t still get sick.  However, many people can mistake flu-like symptoms for the flu virus.  Esper noted there are many different viruses capable of causing disease, so people shouldn’t necessarily assume that if they are sneezing and coughing, they caught the flu virus.

Another myth people have is they think they cannot get the flu.  People who haven’t had the flu in years’ past think they are somehow immune to the virus – a mind set that is potentially unsafe for not only themselves, but others around them.
“The answer to that is, ‘Well you may not have gotten sickly,’” Esper said. “Just like the flu can cause really bad disease, you can actually just have a little bit of a runny nose and nothing else – and that’s still the flu.  It’s still something you caught and you can spread to others.” 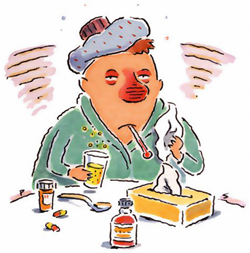 Some key things to know about the flu season:


THE SITUATION: The annual flu season hit about a month early this year, and illness is now widespread in 47 states. Many cases are caused by a flu strain that tends to make people sicker. But so far experts say it's too early to know whether this will end up being a bad season. Maybe not: There are signs the flu may have already peaked in a few states, though it's too early to tell for sure, health officials say.

THE VACCINE: This season's vaccine is well matched to the circulating strains, and there's still some available. It is 62 percent effective, according to government study results released Friday, which is pretty good for a flu vaccine. Health officials are urging people to get vaccinated; it's recommended for everyone 6 months or older.

THE DEFENSE: Besides getting a flu shot, wash hands with soap and warm water, and avoid touching your eyes, nose and mouth. Keep away from sick people.

THE TREATMENT: Most people will get a mild case and can help themselves and protect others by staying home and resting. But people with severe symptoms should see a doctor. They may be given antiviral drugs or other medications to ease symptoms.


COLD OR FLU?: Influenza is not the only bug making people sick. The cold virus and a nasty stomach virus are also going around. It can sometimes be hard to tell the difference, but cold symptoms include stuffy or runny nose, sore throat and sneezing. Flu usually involves fever, along with chills, headache and moderate-to-severe body aches and tiredness. Symptoms can come on rapidly, within three to six hours.

Sniffly, stuffy, sneezy and achy and want someone to blame, just to make yourself feel mildly better? There’s now an app for that.
“Help, I Have the Flu” is a new Facebook app that trolls through friends’ profiles looking for keywords such as ‘sneezing,’ ‘coughing,’ and ‘vomiting’ as well as check-ins to find the culprit who may have passed on the virus.

“Hello. I’m sorry you have the flu,” reads the app. “Nothing will make you feel better like finding somebody to blame.”

Clicking on the “Who Made Me Sick” button on the Facebook page will track down prime suspects, such as those who’ve mentioned the word ‘flu’ in their status updates or those who’ve had multiple late night posts, as sleep deprivation, the app reasons, puts people at increased risk for catching a cold.

The app also allows users to send a message to the offending virus-spreader or purchase remedies from the healthcare company that runs the app, Help Remedies in the US.
Meanwhile, the Centers for Disease Control and Prevention also has an app that tracks flu activity reports in the US through podcasts and feeds, while the Flu Defender provides handy tips on how to protect yourself this season.

Cold and Flu Coupons for you!

Recommending the Right Products for Cold and Flu Season:
http://www.pharmacytimes.com/publications/issue/2010/November2010/OTCFocus_ColdandFlu-1110

This year I recommend:
http://conversationswithcarolyn.blogspot.com/2013/01/cordicin-is-best-cold-and-flu-tablets.html

I hope you have gotten your flu shot and that you are staying home from public places since this has been ruled an epidemic.  You can still get the flu even if you had the flu shot.  I hope that you feel better soon if you are sick.
Posted by Carolyn M at 3:37 PM 3 comments:

Goal One... Lose 20 lbs by the summer or more with Fitness Pal! 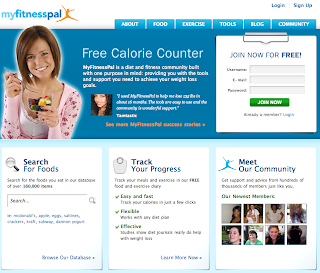 I just made a commitment to my #1 HEALTH GOAL for the New Year!  During the holidays I did some food reviews and made a lot of cookies and gained 20 lbs. (also ate comfort food while my husband was in the hospital at the beginning of the month for a colonectomy)

These are not my images but rather all the credit goes to: FITNESS PAL

The following images are descriptive of a sample FREE Fitness Pal! 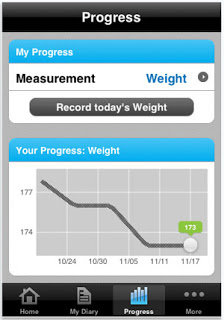 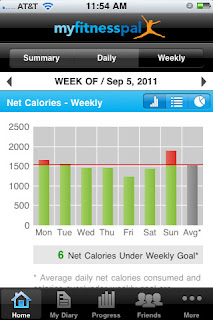 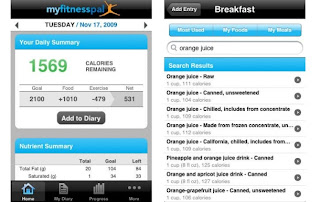 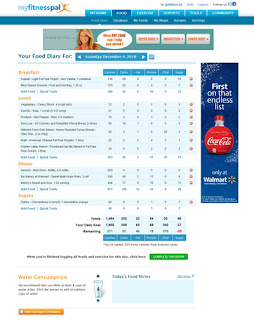 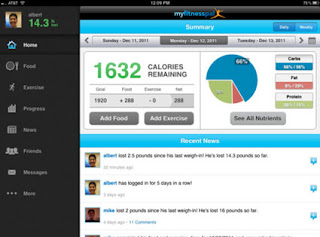 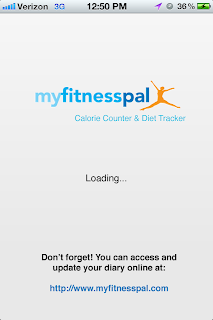 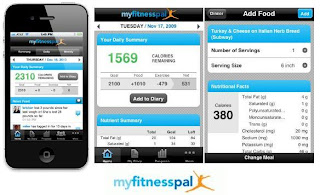 Are you interested in joining me and using My Fitness Pal for free?  All you have to do is go here to join:  http://www.myfitnesspal.com/

I like to follow WEB MD for choosing the foods that I eat!  You can too by going here:  http://www.webmd.com/diet/default.htm

I'm going to be sharing great recipes for losing weight during this time.  For now, check out the recipes on the WEB MD link.
Click here:  http://www.webmd.com/search/search_results/default.aspx?query=diet%20recipes

Add a comment if you are choosing to lose weight as a GOAL this year and if you are using the FREE My Fitness Pal!  Thanks and best wishes!