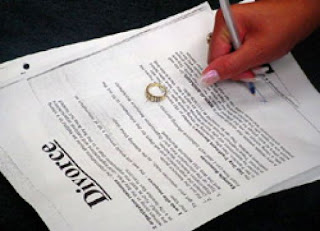 No one ever said it's easy.  My parents did it, I did it, my husband did it and I just hope that by my sons who have been holding out so long (into their late 30's now), that they will know for sure and not have to go through it.


Having been a child of divorce (but my dad did not leave until I was taking a 2 year break from college and moved on my own to the beach) because I couldn't handle all the fighting and "fake living" that our family lived.   Here we were a "Christian family" and I was pulled out of my perfect comfort in public school and thrown into Christian school (religious right one that practiced spanking, as we've read in my other blog entry, "Never lay your hand on a child, right?"  ) and so many children were there for "reform" school because the parents couldn't handle them anymore and we were living a lie.  My parents fought like convicts for as long as I can remember and because of it my sister and I fought the same way and to this day do not have a healthy relationship.   I would go on to describe my parents and sister and the relationships but I promised myself to never do that in depth in my blog because they are not here to defend themselves.   Needless to say that the "lie" only grew in nature as I went onto and through Christian college.  Kids that I went to school with had no idea that my dad was not sleeping with my mother, but rather in a cot in the cold basement.  After two years I had all I could handle of this situation and turned a summer job into a two year job and then went back to college and graduated.


I thought I was marrying one of the best Christian men in my church/school (where I attended and taught) because he was so giving to everyone and spoke highly of the Lord and he never put the moves on me before or after we were married.  That's because he's gay!  I had suspicions of his male friendship with another male at the church and why they met so early in the morning in the man's office at the church.  Alone and unreachable.  Up three flights of steps over the balcony of the church into the private office.  But I never dared asked.  I was too naive to believe that this church choir director with 4 children and a lovely wife was doing anything more than praying with my fiancee.  So they said.


After the third beating by this 7-month long marital man by me, I called my father in California and he had plane tickets in Albany NY for me and from that moment of sitting down in the airplane with nothing more than the clothes on my back and my new sewing machine and a small suitcase of what I could throw together in less than 15 minutes, I was about to start life over again.  This time in the care of my father and his new wife in their apartment in Southern California.   And no man would lay his hand on me again or verbally or emotionally or physically or spiritually abuse me again.  We never made love.  He would hardly look at me in less than a night gown.  What was I married to I would often ask myself?   And get this right, I "now" have nothing wrong to say about gays EXCEPT that they should come out of the closet and be honest with who they are SOONER than LATER and know that God loves them too and that they can go to Heaven by believing the same Lord that I accepted as my Savior.  Don't lie to anyone about who you are! 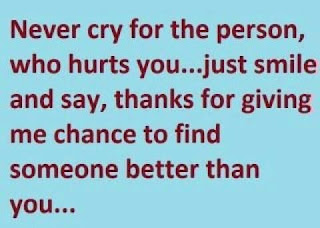 Thankfully I moved away from the finger shaking, stab you in the back and but pray for you on Sunday and talk about you on Sunday afternoon in their own home and heat up the phone lines with my name as a prayer request, religious right "Christians" who I knew my whole life.   And my mom tried to put us back together again (well meaning but totally lost on the fact that gay is gay and you can't "fix" them!).   While my dad cared only for my well being.   I've been happily married to my husband for 15 years and we will be together as long as what we have never changes.  And I don't ever see that happening. 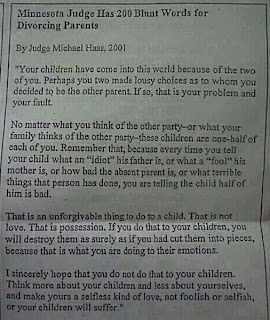 Be sure to click on that image so that you read every word parents who are reading this and considering divorce!  Your children are the most important things in life.  God gave you a present to watch over for Him so long as you are living.  My son posted this today to FaceBook and I made sure I captured the image for this blog entry.


I'm not going to preach at you.  You can surely GOOGLE things such as "what does God say about divorce" and "Christian single parents"  and most of all you should be sure to get yourself and your children into counseling AS soon as you know the  marriage is going south or has any ripples.  Then you and your husband should be in counseling as well.   Apparently my Christian counseling wasn't working for my husband because no matter how many times that well meaning couple told my husband that he had to talk to me about things that upset him instead of beating me up, he thought he had license to rule over me and my mind and body.  We may have "become one" in the marriage ceremony but that's as far as it went.   I point to my life as an example of telling you that you need to know who you are dating, who you are engaged to BEFORE you get married.


I bring to you a very sad story told on the news today in Georgia.  Family of murdered Hephzibah woman have a message for others in abusive relationships.   Losing your life is not worth the words that well meaning friends and relatives try to share with your about your boyfriend or girlfriend. I don't have a list of traits other than what God's Word says through out the Bible to look for in a man.  Go to pre marriage counseling and have that person over to your friends and relative's homes for as many meals as they will feed s/he.  AND be sure you have no doubts when you come to those words, "I do!"


I want to share several blogs with you that vary on stance and experience about Christian marriage and divorce and I will not applaud them or rebuke them as this is your time to read and learn and make decisions for yourself:

What Does the Bible Say About Divorce and Remarriage?

Just Pray for Him: How the Christian Church Refuses to Hold Abusive Men Accountable

Now you do your homework and start reading as many quality Christian books as you can about dating, relationships, marriage, etc...  But be sure to google that book before you buy it to be sure that its teachings are in line with your beliefs because you don't want anyone to mess with your head when it comes to this very serious topic. 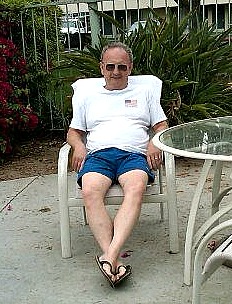 Above is a recent picture of my wonderful husband of 15 years!